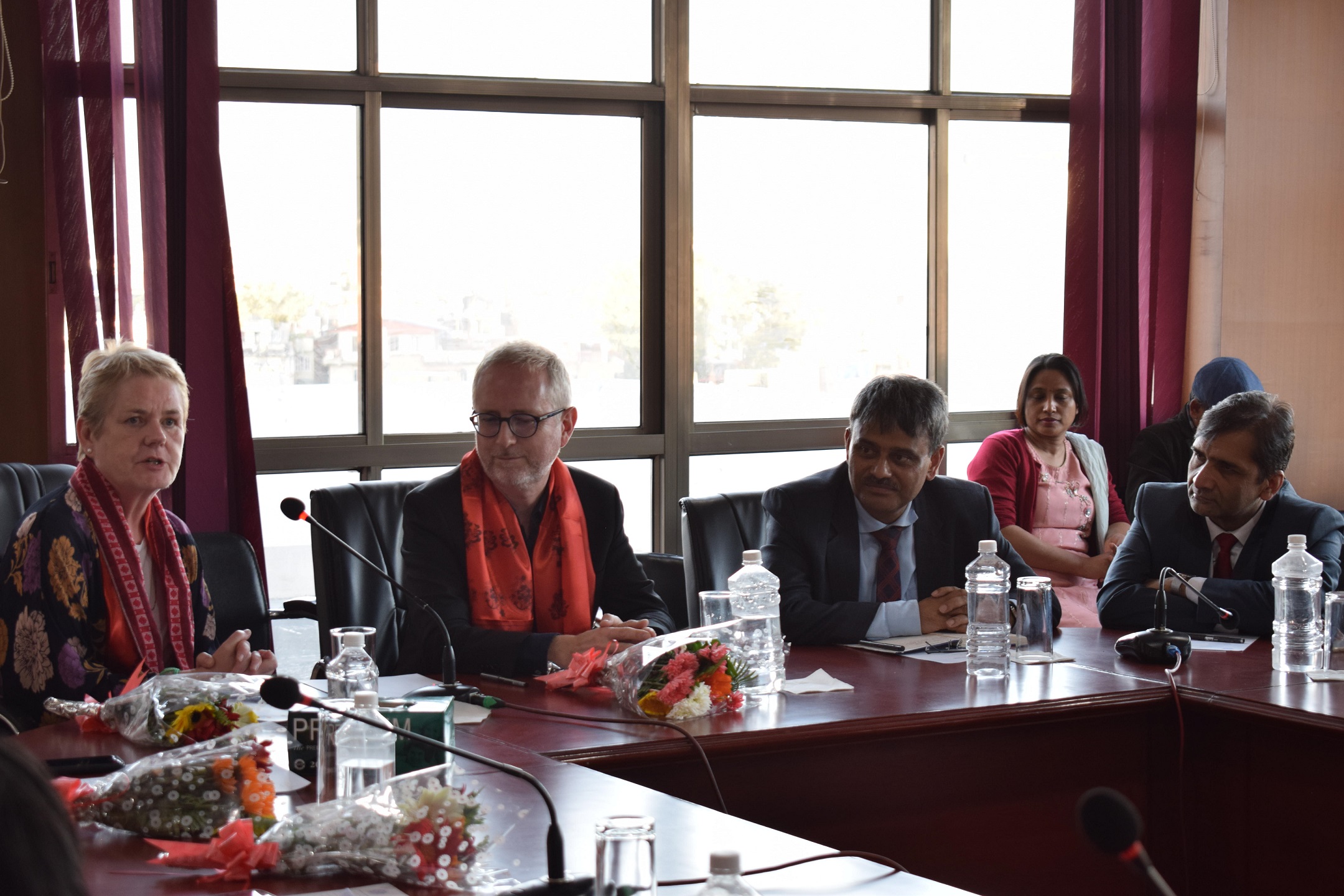 From left: Ambassador for Norway to Nepal, Director General of the Norwegian agency for Development Cooperation (Norad), Vice-Chancellor and Registrar, Kathmandu University 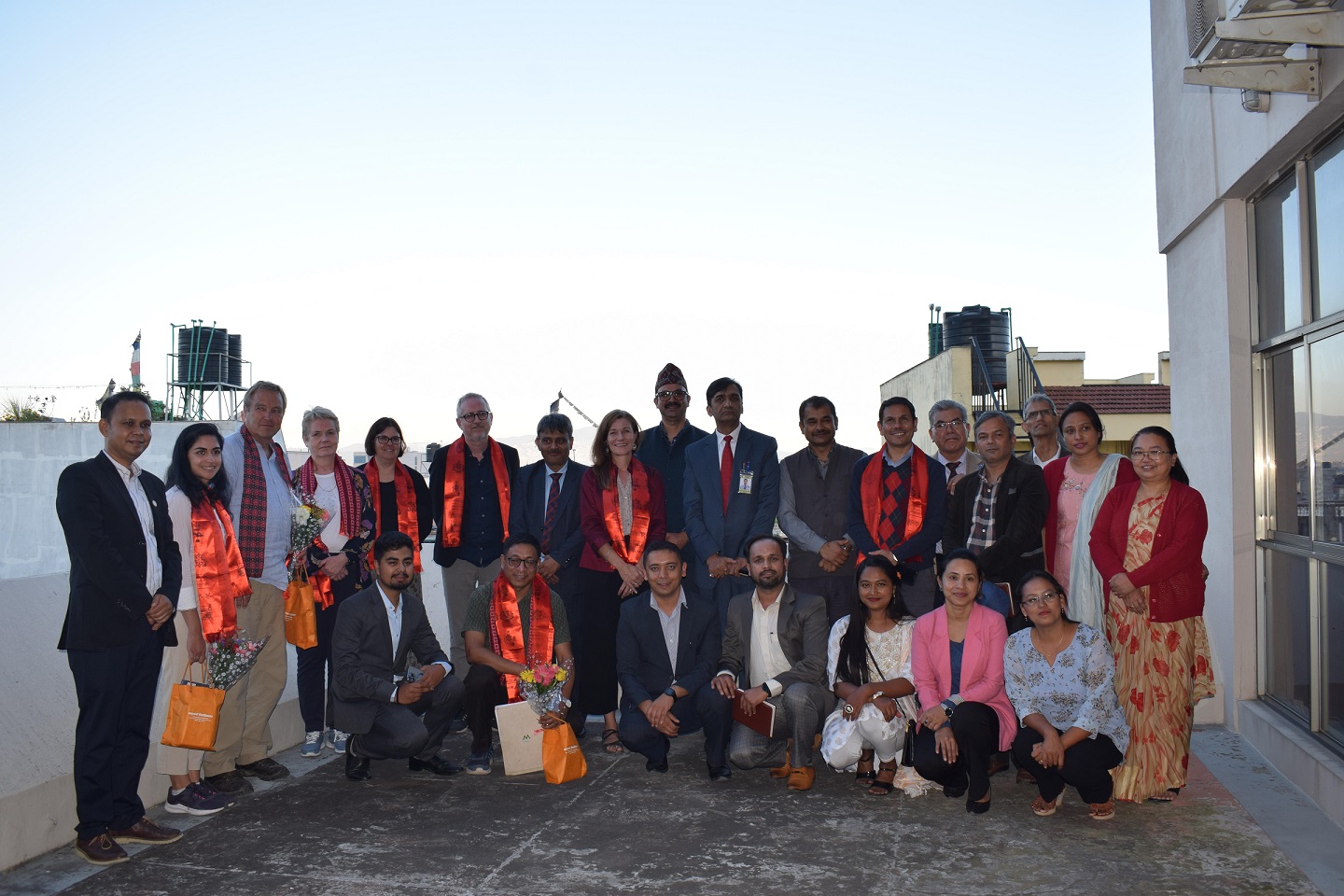 A short interaction program was held at conference hall of KUSoM. The Registrar, Professor. Dr. Achyut Wagle, of the Kathmandu University, extended his opening remarks. Associate Prof. Dr. Biraj Singh Thapa gave a short presentation highlighting the brief history from the initial phase to till the date of collaboration between KU and Norway. The Director General, Mr. Bard Vegar Solhjell extended his remarks appreciating the work being done at Kathmandu University. H.E. Torun Dramdal also extended her remarks highlighting the positive impact created by the collaboration between Norway and Nepal jointly in Higher education sector, mostly in research area. The interaction program ended with vote of thanks extended by The Vice-Chancellor Prof. Dr. Bhola Thapa, highlighting the importance of such collaboration. The Vice Chancellor presented the token of love to all the delegates. The overall program was organized and coordinated by the EnergizeNepal program office which was attended by KU officials, faculty members, project leaders, and staff.

Both the parties were pleased to work together to foster and strengthen this relationship between Norway and KU, more effectively and fruitfully to continue creating positive impact in future as well.