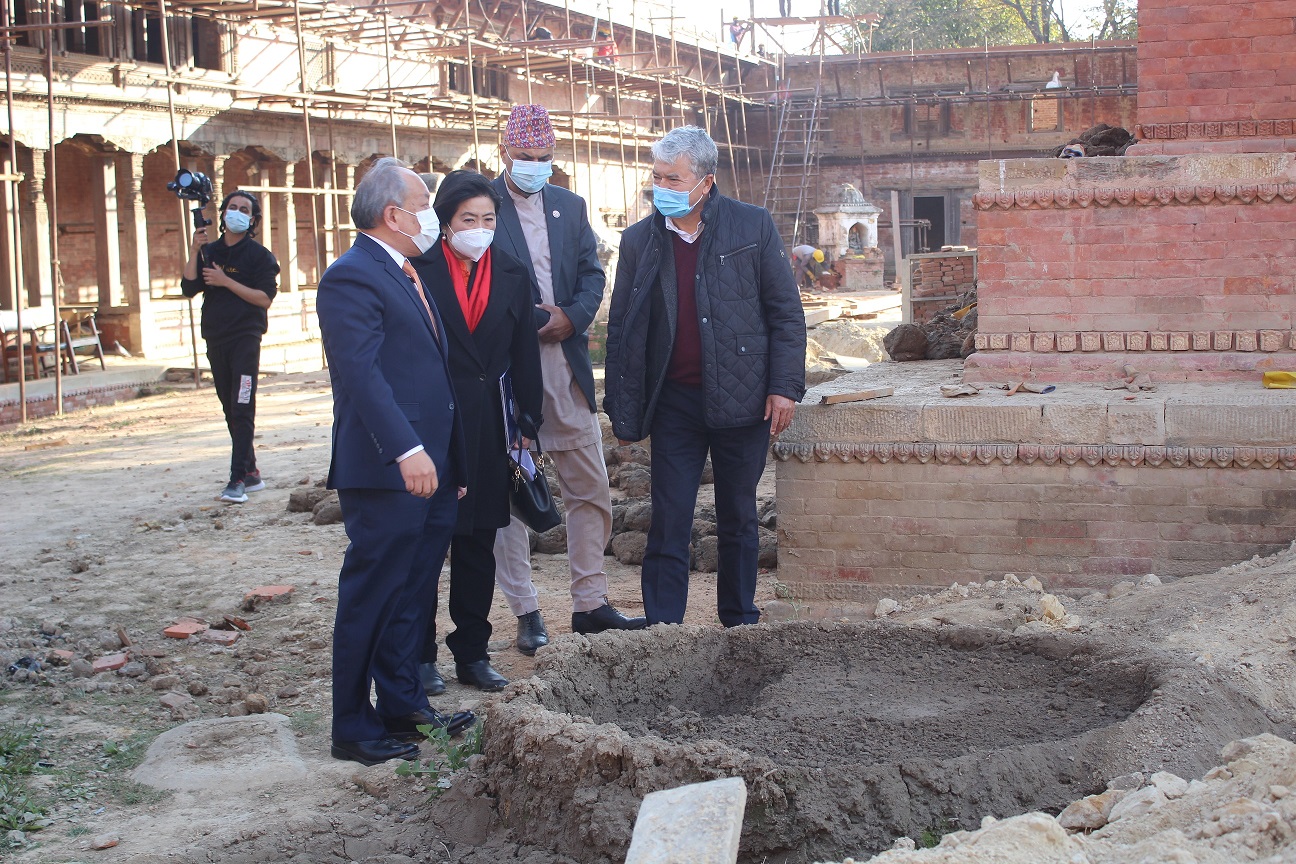 The rebuilding work of this historical 19th-century Shivalaya, and its surrounding structures, which were destroyed in the 2015 earthquake, is being managed--and will be maintained--by KU’s Department of Music. This site currently employs traditionally trained artisans and construction workers. KU, in its capacity as an academic institution, aims to preserve and maintain tangible heritage by amalgamating intangible knowledge through research and academic activities.

On April 06, 2016 a Memorandum of Understanding was signed between KU and Nepal government’s Guthi Sansthan to rebuild Tripureshwor Mahadev Temple and Sattals. Nepali musicians and musician scholars raised the initial funds for the project, which were later supplemented by KU through pre-financing. The project took an exponential growth after it received generous support from the people and the Government of Thailand, through the National Reconstruction Authority (NRA) of the Government of Nepal, and remains a vivid illustration of Nepal-Thailand cooperation.