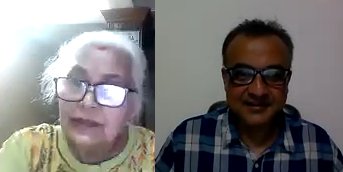 A new building named "Balram and Tara Pradhan Energy Block" will be built at Kathmandu University in recognition of Late Mr. Balram Pradhan for his contribution to society in the Energy and Power sector.

On 5th June 2021, an MOU has been signed between the School of Engineering, KU and Pradhan's family, to establish a basket fund with seed money of NPR 4.5 Million coming from the family. It has been agreed that the basket fund remains open for the contribution from well-wishers of Balram Pradhan to support this noble process. The MOU has been signed by Dean of School of Engineering at KU and Tara Pradhan (wife of Mr. Balram Pradhan) by online means in the presence of VC, Registrar, Faculty Members from KU side and family members, relatives, close friends from Pradhan’s side.

Mr. Balram Pradhan has been one of the leading personalities for Nepal to lead the hydropower development from the industrial side. He has also made a significant contribution to the research and development in the energy sector from the public partition by establishing 'People, Energy & Environment Development Association (PEEDA). Mr. Pradhan, has contributed to Kathmandu University’s research and education development activities including the RenewableNepal Project.

The building has been planned to be located next to the TTC building and will be used as the facility for Mechanical Engineering Department's specialized research laboratory in Energy area.