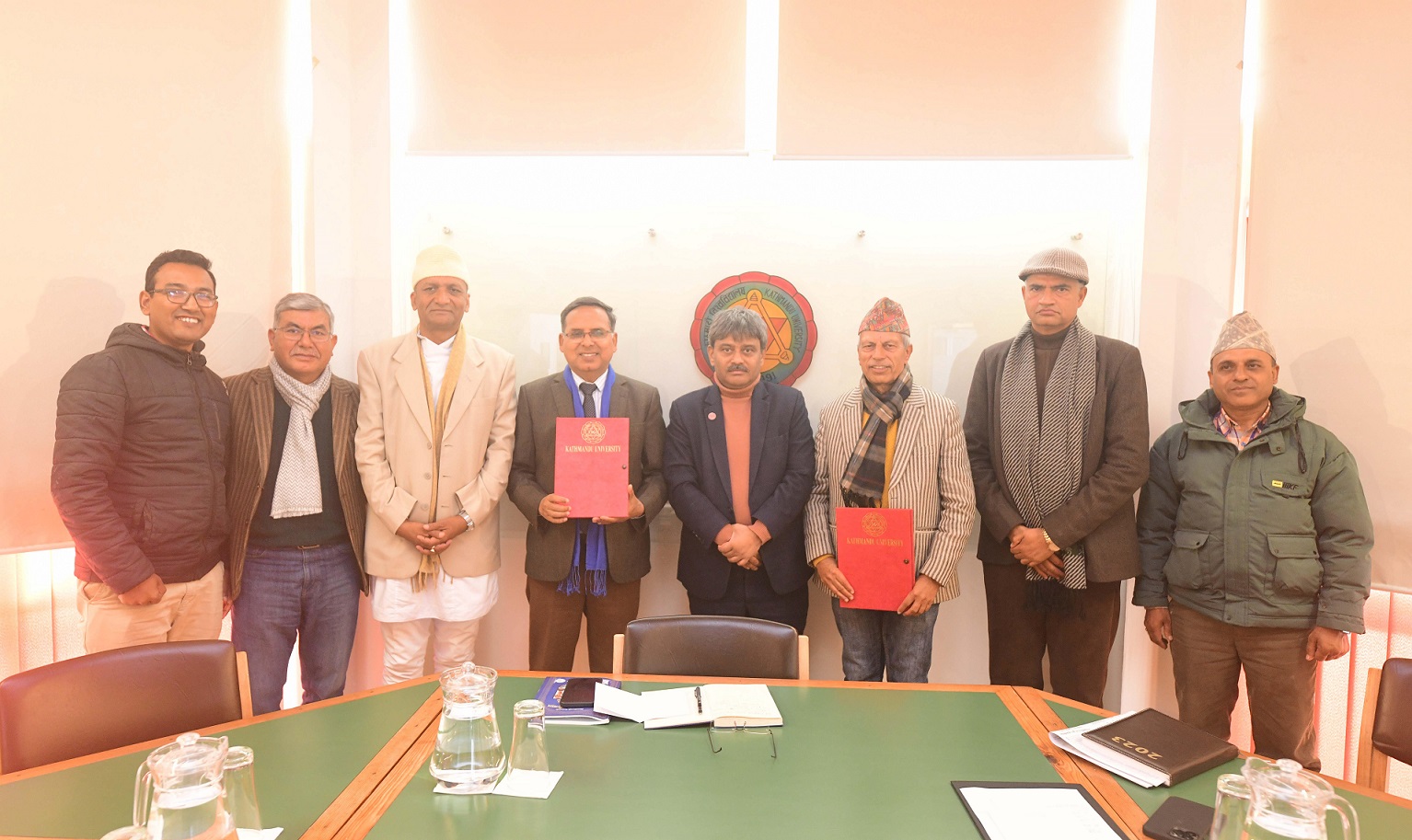 On 16 January 2023, ‘Karmasadhana Samman’ endowment fund has been established at Kathmandu University by Prof. Dr. Bidyanath Koirala, a distinguished academician. The endowment agreement signing ceremony was held at the Office of the Vice-Chancellor, Kathmandu University and was coordinated by Assoc Prof. Dr. Hem Raj Kafle. The endowment fund is aimed at recognizing and felicitating the individuals, groups and organizations that have explored and researched on indigenous, classical and western knowledge and contributed to advocating, promoting the interconnections between the knowledge through the publication of books and articles. Kathmandu University would be responsible for the identification of award recipients. 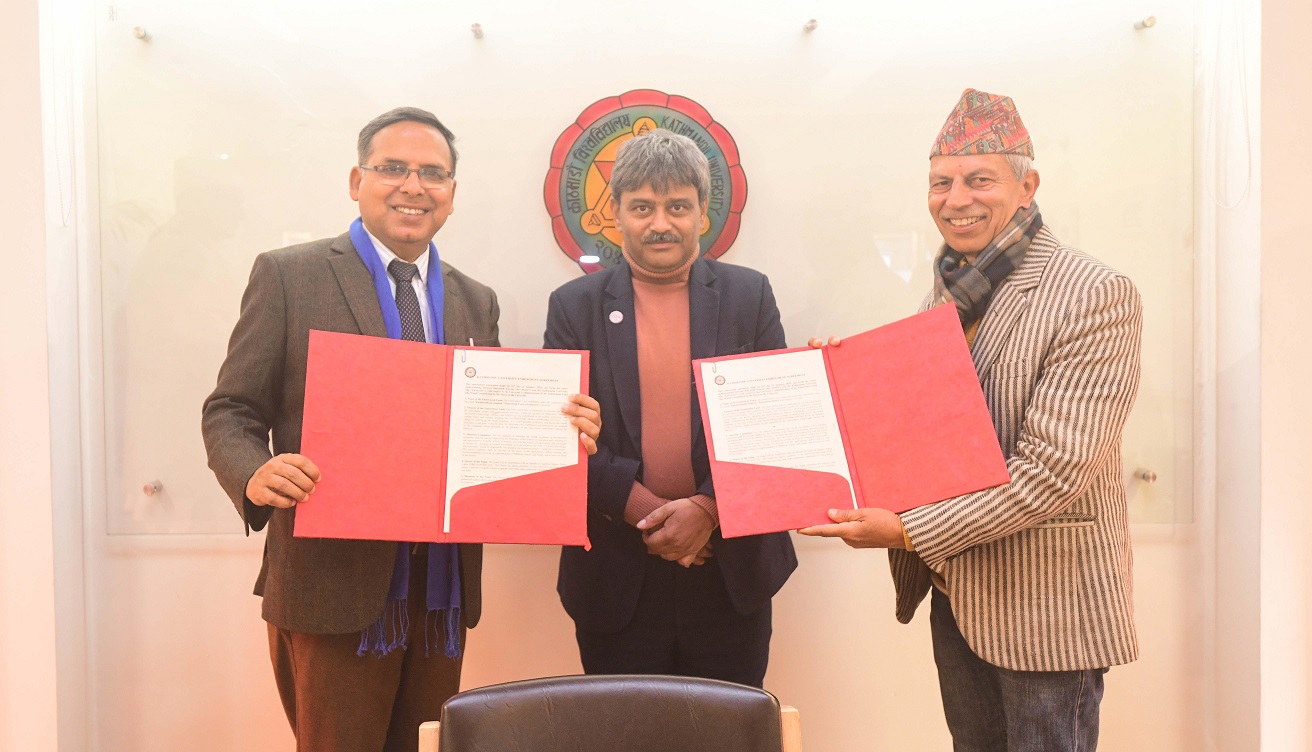 At the event, Prof. Dr. Bipin Adhikari, Coordinator of the Endowment Drive Committee, pointed out the special nature of this endowment fund, as it is the first of its kind in the university and can serve as an example for other people to follow in donating to noble causes. He also noted the endowment fund's importance in providing financial stability for the university.

Prof. Dr. Bidyanath Koirala highlighted the rationale behind his establishment of endowment fund. He emphasized the need to explore and promote the knowledge, science and technology that are inherent in the rural and cultural settings of Nepal through the universities. He believes that the indigenous technologies and knowledge should not be disregarded, but rather should be valued, preserved, and fostered through the education system of Nepal. He expressed his optimism that the endowment fund he established will encourage those looking to connect traditional knowledge with the academic and scientific worlds.

Prof. Dr. Panna Thapa used the cannabis research conducted by KU as a model of how local knowledge can be investigated and promoted while revealing the practical and legal difficulties he encountered during this effort. He noted that other nations are legalizing cannabis for medicinal use, while Nepal has extremely stringent laws regarding the matter. He asserted that KU should be a pioneer in the research of cannabis.

Prof. Dr. Achyut Wagle, Registrar, Kathmandu University, recalled his memories of his mother and her knowledge of plants and their various uses. He lamented loss of such wisdom as he couldn’t or didn’t try to inherit it from her whilst highlighting the need for the preservation of such knowledge. He also pointed out the challenges in administering the endowment fund but expressed his eagerness to take on the challenge as it would be for a noble cause. He thanked Prof. Bidyanath Koirala for his faith in Kathmandu University, that it would be the institution to undertake this task.

In his concluding remarks, Prof. Dr. Bhola Thapa, Vice Chancellor, praised the good relationships that KU has with Prof. Bidyanath Koirala as well as the advice and counsel KU frequently receives from him. He stressed the importance of having an endowment fund in order to sustain the university financially and ensure that future students and leaders do not have to face financial difficulties. He highlighted need for the university to be distinctive and to draw on local knowledge and skills. He pointed that the new programs of Bachelors in Yogic Science and Wellbeing, which began recently, and Bachelors in Crafts and Design, which is due to start in February, as examples of KU efforts in integrating indigenous knowledge into university education through prior and experiential learning. He emphasized the necessity for the university to combine conventional wisdom with cutting-edge research and technology as a way forward.