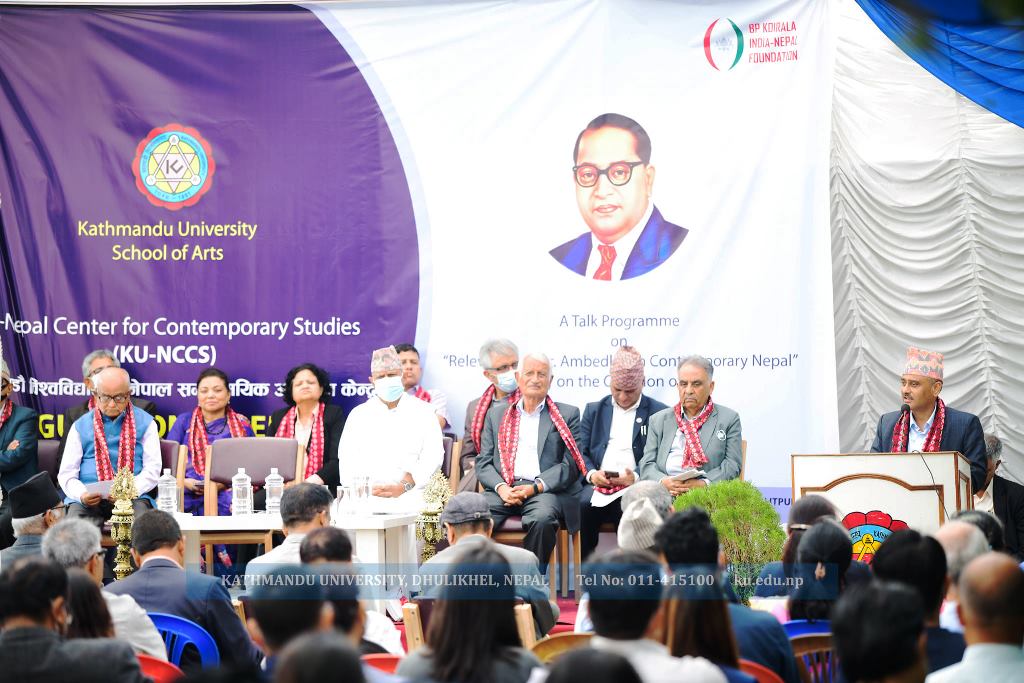 Kathmandu University, with an objective to strengthen its research/study on contemporary issues, has established KU-NCCS. This center is the revival of the former Nepal Center for Contemporary Studies (NCCS). Before its dissolution in 2020, NCCS was a non-profit research organization situated in the Lalitpur district that has earned a reputation as a well-recognized think tank in South Asia via its regular activities such as residential workshops, networking, policy input, and publications. The organization had published over 15 books, 30 journals, and 44 articles under its name. After the dissolution of NCCS, all books and other research documents were handed over to KU, the Executive Council then decided to initiate a center under the name of KU-NCCS.

Former President Dr. Ram Baran Yadav inaugurated the KU-NCCS and predicted a bright future for the research institution. He took the opportunity to remember the Late B.R. Ambedkar's contributions to framing the constitution of India and the profound effect his works had on Constitutionalism in Nepal. He said that the constitution framed by the people of the country would create a conducive environment to work for the citizens which would ultimately help the society and the country grow.

Prof. Lokraj Baral, the founding chairman of the NCCS, indicated during the event that he was willing to help Kathmandu University's future social science initiatives not just academically but also financially. Another founder Prof. Krishna Khanal also praised the affiliation of the institution under the aegis of the university and said that the center would cooperate with the operational activities.

Ganesh Dutta Bhatt and Dr. Uddhab Pyakurel, who were amongst the 196 people trained in the field of social sciences by the center, expressed their happiness at the reform of the institution under KU.

Dr. Yam Bahadur Kisan, Mrs. Kamala Hemchuri, Mr. Hari Sharma, Mr. Daman Nath Dhungana, and others spoke about B.R. Ambedkar's personality and work as panelists in another session titled "The Relevance of Ambedkar in Contemporary Nepal." Dr. Kisan concentrated on the aspects of separate elections for Dalits that he had suggested. Ms. Hemchuri made a connection between the background of caste discrimination in Nepal and the Ambedkarite doctrine. Mr. Sharma characterized Ambedkar as a liberal thinker who believed in democracy as well as a social reformer who believed in constitutionalism.