Agreements signed between KU and the IIT-Madras, and KU and the ICCR during the Indian Prime Minister's official visit to Nepal 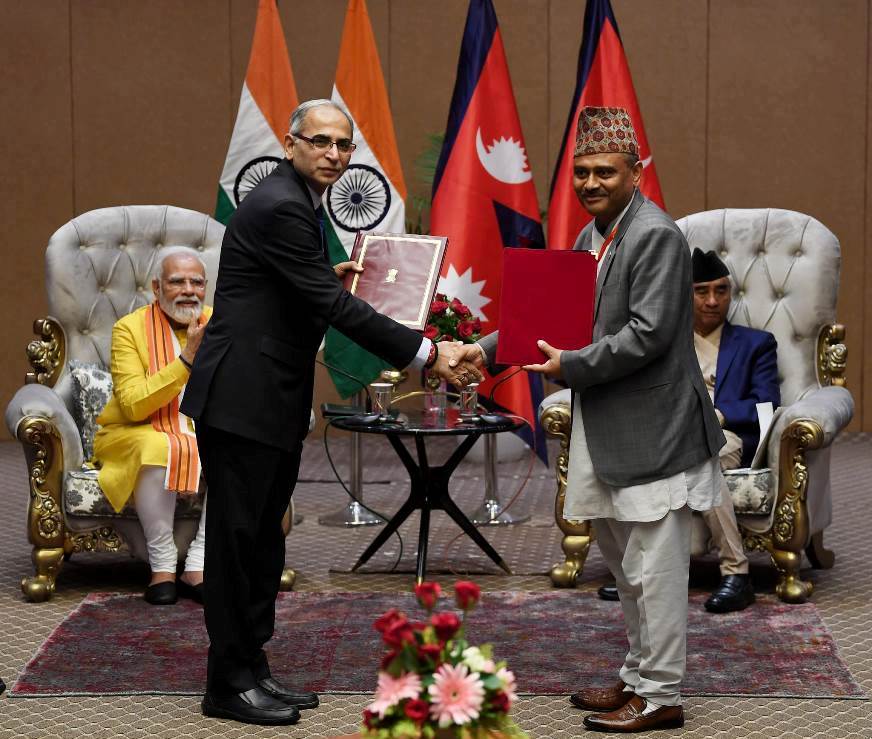 Following bilateral discussions between the Prime Minister of Nepal Mr. Sher Bahadur Deuba and Prime Minister of India, Mr. Narendra Modi on May 16, 2022, during Indian Prime Minister's official visit to Lumbini, the birthplace of Gautam Buddha, the two countries signed six Memorandums of Understanding (MoUs) on cultural and educational cooperation. Three of those agreements involved Kathmandu University. Out of the three agreements, one was a Memorandum of Understanding (MoU) with the Indian Council of Cultural Relations (ICCR), while the other two were with the Indian Institute of Technology Madras (IIT-M), which included one Memorandum of Understanding and one Letter of Agreement (LoA).

The MoU with the ICCR was to establish an ICCR Chair at Kathmandu University, while the MoU with IIT-M was to revive the two universities' collaborations, which began in 1998. The Letter of Agreement (LoA) between KU and IIT-M was inked in order to start a joint Master's Degree Program in Engineering from next semester. In the presence of both the Prime Ministers, Indian Foreign Secretary Vinay Mohan Kwatra and Vice Chancellor of Kathmandu University Prof. Dr. Bhola Thapa exchanged all the signed agreements.