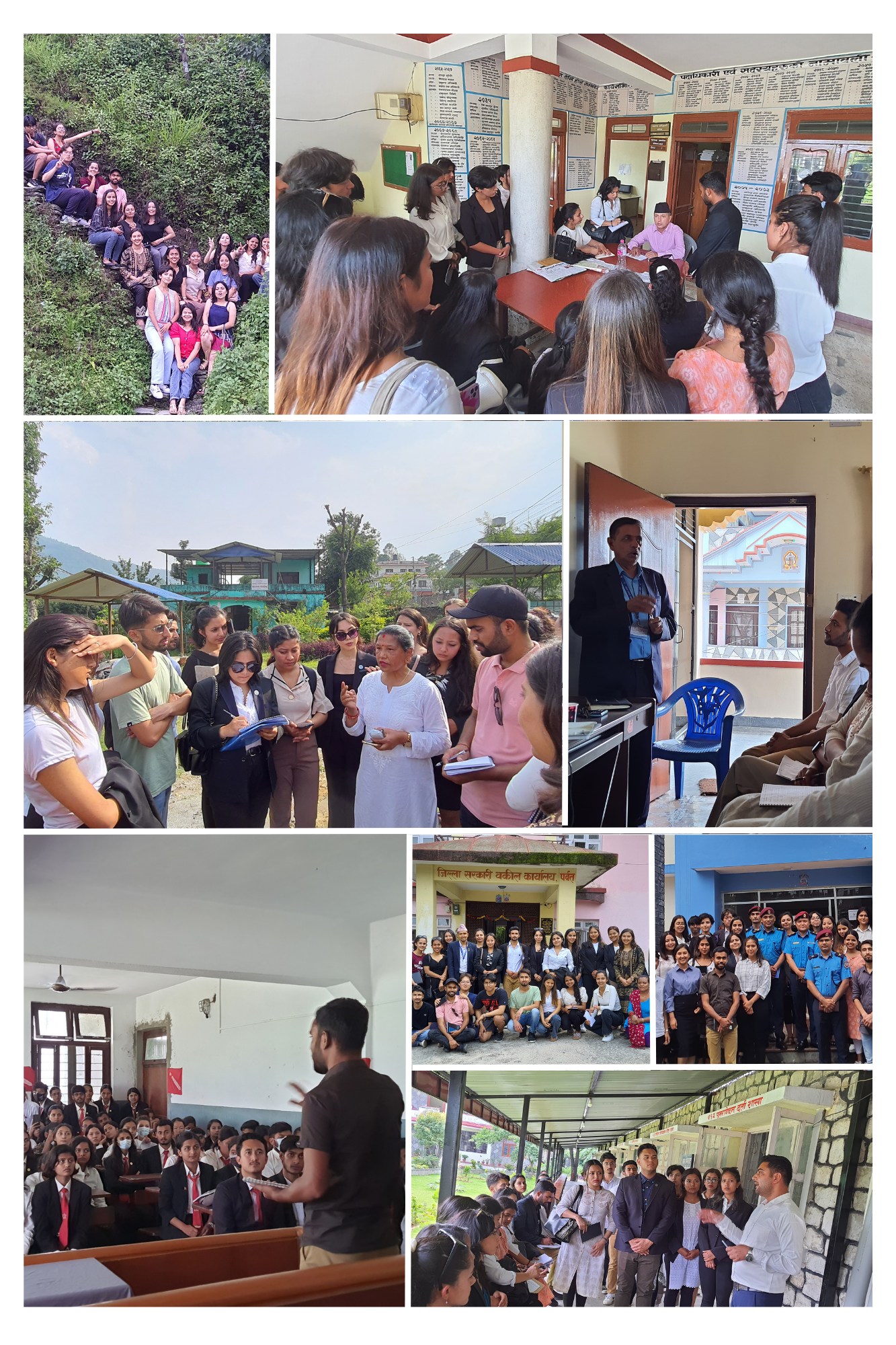 As part of the academic Nepal tour, third year students of the BBM LLB program visited various institutions at Kushma and Pokhara.

The four day academic tour began with a visit to the district attorney's office at Kushma where Adv. Harihar Timilsina explained the procedures in collecting evidence prior to drafting a charge sheet.

He subsequently coordinated with the local prison authorities to give the students an opportunity to interact with the officials to understand the challenges of managing a prison.

The next day began with a visit to the National Human Rights Commission where students understood the role of a constitutional body in preventing gross violation of human rights by state authorities.

Pokhara's heavy rainfall didn't stop the students from their thirst to learn as they made their way to the Gandaki Province Police Office where Dysp Min Bahadur Ghale, Dysp Shrawan Kumar Pd, and their team of officers enthusiastically welcomed the students and showed them the process of deterring various crimes taking place at Lakeside and investigating crimes in the state. The students also got an opportunity to learn how to use the Nepal Police Act as officers assured everyone that our safety is in good hands.

A final stop was at Prithvi Narayan Law Campus where students were greeted by their peers for an interactive session on how both of them can coordinate to elevate their law school experiences.